Why make a Will, what happens if you do not have one and the process of making one. 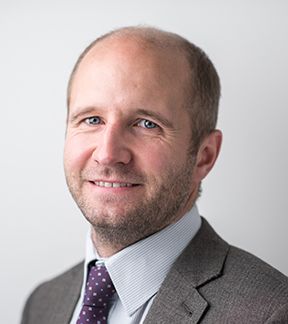 As Boldies, I am sure that you know what a Will is and generally what it does but do you know all the reasons why it is so important to prepare one. Here are some of the ley points:

1. You are able to choose who is appointed as your Executor(s). Executors are the people charged with handling the administration of the estate after your death. Commonly these are family members such as a surviving spouse or children but can be anyone of your choosing including friends or a professional, such as a solicitor.

2. The Will can include your wishes in respect of the disposal of your body and your funeral.I

3. f you have children that are under the age of 18 at the time of your death and there is no one surviving with parental responsibility, you can appoint guardians under your Will.

4. Possibly the most important aspect is that your Will should deal with how you wish for your estate to be distributed. Your estate consists of all your assets such as your property, bank accounts, shares and other investments as well as your personal items such as jewellery and household items.

The way that your estate is distributed after your death is entirely up to you and it enables you to benefit those people and causes about which you care most. You can make different types of gifts under your Will, including:

5. You can also set up trusts under your Will but I will not go into greater detail in this article because, as you can imagine, that is a subject all on its own. Should you wish to discuss trusts, I would recommend seeking the advice of a solicitor.
When you are considering whether to make a Will, one of the questions you may ask yourself is the obvious question as to what would happen if you had not prepared a Will at the time of your death.

If someone dies and does not have a Will at the time of their death, they are said to be “intestate” and the distribution of the estate would be governed by what are known as the Intestacy Rules. These are rules that are set out in statute and dictate who will receive what and this will depend very much upon who survives the deceased.

I have set out below a brief summary of the Intestacy Rules:-

•If you die with a surviving spouse and surviving children or grandchildren then your surviving spouse will receive what is known as the statutory legacy (currently fixed at £270,000) and the remainder of the estate will be divided into two equal parts with the surviving spouse receiving one part and the other part passing equally between the deceased’s children.

If the deceased died without any surviving blood relatives then the estate would pass to the Crown.

As I hope you can appreciate, the danger with the Intestacy Rules is that not only do you miss the chance to deal with some of the other matters that can be included in your Will (as set out above) but your estate may not pass how you would ideally wish and could end up in the hands of family members that you may not have had contact with for a number of years and may not have even known. You have probably seen such stories on TV programmes such as Heir Hunters. In such scenarios, this can often lead to disputes within the family.

Therefore, my advice is always to have a Will prepared which clearly sets out your wishes and this should be kept under review and up to date. I would recommend reviewing your Will, say, every 5 years or on the occurrence of an event such as the sale of an asset that was gifted in your Will, a substantial change in the value of your estate, the death of an Executor or a beneficiary or a change in the law on inheritance.

You will also not be surprised to hear me say that I would suggest having your Will prepared by a solicitor. The reason for this is that you can be assured that the solicitor has been trained and is likely to have a wealth of experience of drafting Wills. Whereas, with a Will writer, you cannot be assured that they have had any form of training and there is no way of verifying their experience. Also, should anything go wrong in the future, the Will writer may not have any indemnity insurance to cover subsequent losses.

Also, although I have seen some successful homemade Wills, I have seen a high proportion that are poorly drafted or the signing formalities have not been carried out correctly. Such Wills can cause just as many problems as not having a Will and the expense that the people dealing with your estate then have to go through in order to rectify this can often be far more than it would have been in order to have a professionally drafted Will put in place at the outset.

I always say to potential clients who are considering not having a Will, drafting the Will themselves or having a Will prepared through a Will writer, “why would you risk the distribution of your hard earned assets, which could amount to several tens, if not hundreds, of thousands of pounds and the disruption that could be caused by dying intestate or with a poorly drafted Will all for the sake of the cost of a solicitor preparing a Will on your behalf, which is usually a few hundred pounds?”.

The process of making a Will is relatively straightforward and would usually involve two meetings. The first of these would be to discuss your circumstances, your aims, what your estate consists of, the different options available and decide how best to achieve the desired outcome.

Following that meeting, the solicitor would normally draft the Will and send this to you for approval with a summary to ensure that you fully understood the Will. So long as the draft Will was largely in order a second meeting would take place to deal with any final queries, run through the Will again and the solicitor would be able to oversee the signing formalities. Should you wish, at that stage, to make more substantial changes to the initial draft, or discuss the Will further prior to proceeding, then a further meeting could be arranged prior to signing.

Following the signing of the Will, it would be normal for the solicitor’s firm to offer to retain the Will for safekeeping and for a copy to be supplied to you for your records. This is often advisable because if the original Will were to be misplaced or lost or even damaged, it can cause significant problems on your death. Therefore, I would advise that if the Solicitor’s firm does offer to store the Will (ideally, free of charge), you should take them up on this offer.