Teresa Berry’s journey with food and battling the sugar monster 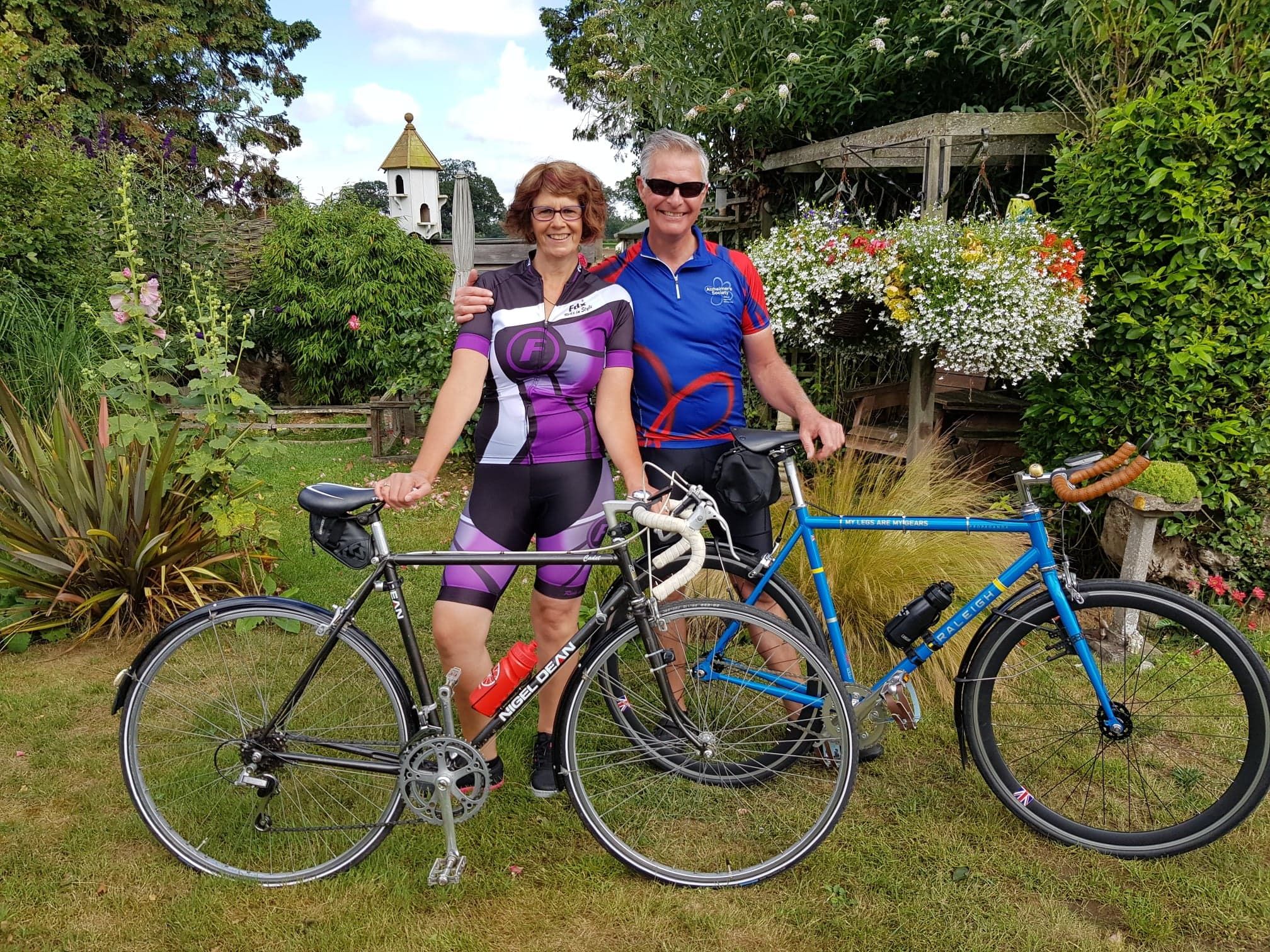 Healthier, fitter and happier, how food and exercise has helped bring a new balance

Teresa Berry’s journey with food has taken her down a rocky road (although obviously not the edible type of rocky road) and mirrored in some measure the angst experienced by husband, Peter, when he was diagnosed with early onset dementia.

![Peter on a Penny cropped](https://tba-cms.s3.eu-west-2.amazonaws.com/Peter_on_a_Penny_cropped_09c35c2fbb.jpeg)

Peter, who was given his diagnosis when he was fifty, and his family had to deal with the pain and despair that accompanies such a devastating diagnosis. And Teresa – with the knowledge of what was to come and how her relationship with Peter was going to change from wife to carer – initially struggled to navigate the path ahead of her.

As is the case with many of us who are experiencing life changing events, this struggle manifested itself through her fluctuating relationship with food and, as the full extent of Peter’s dementia became clearer and the stark prognosis was announced – “a life expectancy of between eight to ten years” – Teresa struggled to eat anything.

“I was constantly in a state of fear and dread,” she told me. “I was worried about the future,” (the family business was failing because of Peter’s poor decision making due to his condition) “and I seemed to be in a state of constant anxiety. I was just too full of despair and doubt to fit anything else into my body. There was no room for food on top of my emotional pain.”

It is hard to imagine the trauma that she and the family went through during these early days but certainly Teresa’s relationship with food was indicative of some of the pain she was experiencing.

And then, from not eating, Teresa moved to almost obsessive overeating and the weight piled on.

She reflected: “Mainly I would eat crisps or crackers – especially those cheesy crackers! It wouldn’t be unusual for me to eat a family pack of crisps in one evening. I’d eat because this gave me momentary comfort and took the edge off the here and now and also of what lay ahead.”

Whilst I have not experienced Teresa’s pain and therefore would not be presumptuous enough to stand in her shoes, I do understand, from my own experiences of my parents’ diagnoses of cancer and their subsequent premature deaths, how a relationship with food can take on strange and damaging overtones. I understand the almost compelling, obsessive need to cram the body full of sugar and empty calories. I watched with a masochistic, morose fascination as my own body ballooned and changed shape. And all the time I was loathing myself, it meant I wasn’t thinking about my parents’ death. During those dark days I could not think of a better diversionary tactic. And I suppose that was what Teresa was going through, too.

Peter tiptoed around the subject of Teresa’s weight gain, finding it difficult to tell his wife that she was heading towards obesity. After all, he was learning to deal with his personal dementia monster who had gate-crashed the Berry party, and who, sneering and snarling, was now perched with fearsome clenched claws, on his shoulder.

“I didn’t know what to say to her,” he tells me. “I could hardly say, ‘oi fatty, stop eating, could I?’ But I knew something had to be done.”

“Oh yes, I knew something had to be done, too,” said Teresa. “But I had no motivation to make the changes. I felt like a great big blob. I had no interest in buying clothes and no self-respect. But as Peter started to be invited out to give talks about his dementia or to go to meetings, I became embarrassed to go with him. I felt I was letting him down somehow.”

It took one of the family’s older relatives to tell Teresa that she needed to curb her eating and take back control of the weight gain. Peter recalls that it was his uncle (Squibby) who summed up the situation.

“He looked at Teresa, squeezing past him in the kitchen and he said ‘oi, girl, your arse is getting fatter, you need to do something about it’”.

Whilst his pronouncement might not have passed muster in the diplomatic corps, it certainly was the catalyst to the realisation that changes had to be made. Despite her fears, Teresa summoned the courage to join a slimming club.

“I told the instructor what was going on with Peter’s diagnosis and she was really understanding and didn’t judge me. And once I had made up my mind to lose the weight, nothing was going to stop me.”

Slowly and steadily, as the weight came off, Teresa’s relationship with food changed and by the time she had finished with the classes, she had lost three stone.

Now, svelte and in great physical shape (yes, in spite of being over fifty!) both Teresa and Peter are vegetarian and are fervent followers of the first order of the ‘nothing processed will cross our lips’ club’. She and Peter prepare their own food from fresh ingredients and take pleasure in doing this activity together.

“We cook in bulk so that there’s always food, especially when I’ve been at work and don’t have time to cook when I get home. Because we are vegetarian, I know that the food won’t go off either.”

Peter’s memory loss means that sometimes he is unsure what to do with the vegetables that are placed in front of him and so he has to follow Teresa’s instructions (a first time for everything, eh Peter?!) Although he might not be able to differentiate a cauliflower from a courgette, Peter’s ability to chop a carrot or top and tail a turnip is carried out with clinical precision and remains unsurpassed in the Suffolk coastal area. Now, in the Berry household, most days of the week (when the cycling or walking has been done) the couple can be found in their kitchen, immersed in food preparation and making what might have been a chore into a pleasurable activity and one, most crucially, which they can do together.

“We feel so much better,” Teresa says. Peter agrees, particularly now they do not eat meat. “I just feel healthy inside.”
Teresa has always enjoyed walking and would happily walk eight or nine miles. “Exercise is essential for my mental and emotional well-being,” she says. “When I walk, I can burn off any frustrations, listen to music and just have some precious me time.”

But now, Teresa has taken this love of exercise to a new level. She has gone from a reluctant, part time cyclist, to a lycra clad, ‘must cycle at least 40 miles or it’s not enough’ fanatic and is able to accompany Peter on many of his bike rides.
The couple are planning some cycling tours together next spring and this has given them a renewed sense of pleasure and purpose.

Teresa and Peter are creating memories, exercising together, cooking together: living life well together. Peter’s mantra of living each day, each hour, each minute is being played out by both of them and they are the embodiment of everything that is excellent about healthy eating and exercise.

![teresa and peter with bike](https://tba-cms.s3.eu-west-2.amazonaws.com/teresa_and_peter_with_bike_eaf7d8566d.jpeg)

Peter and Teresa in their back garden. Since this photo was taken, Teresa has bought a brand-new road bike and, not to be outdone, Peter has bought a 1945 FC Park 4 speed touring bike taking the total bikes housed in the Berry establishment to an impressive half a dozen! Not forgetting, of course, the Penny Farthing!

(Teresa is a great advocate of whatever is in the cupboard or the fridge along the vegetable line can be used so this is only a guide!)

•Put the cottage cheese in a processor, season and whizz until
smooth
•Put some oil in a pan and stir fry the onions, peppers and garlic until softened. Add the passata, tomatoes, balsamic and half the oregano.
•Season and simmer for ten minutes
•Remove pan from heat and stir in the carrots and lentils
•Spoon half the mixture into the base of a deep baking dish and top with 4 lasagne sheets. Spoon over the remaining lentil mix, top with remaining lasagne sheets, pour over the cottage cheese and scatter the parmesan and top with oregano.
•Bake for 35 minutes or until golden and bubbling, leave to stand for five minutes before serving.

•In a large frying pan, fry the aubergine until softened and remove from the pan
•Fry the onion, coriander stalks and mushrooms, add the turmeric and garam masala and when coated and softened, add a squeeze of tomato puree and cook until the puree has cooked through.
•Return the aubergine to the pan, add the garlic and ginger and the cubed paneer. Cook for a few minutes and the add the rice (and puy lentils if desired) and three cups of water.
•Bring to a soft boil and then simmer with the lid on the pan until the rice/lentils are cooked through.
•When the rice is cooked and the water almost evaporated, add the spinach and cook until it has all wilted.
•Add a couple of dollops of yogurt until the mixture is creamy, add the remaining chopped coriander and sprinkle the pistachios on top if desired.