BoldOpinion: ‘Sleepy Joe’ is anything but as he hits the ground running. 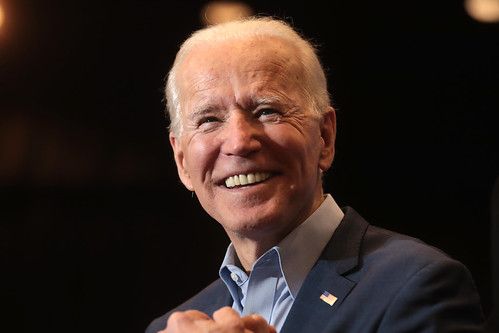 On the 3rd of November 2020, the largest US turnout in 120 years voted in the oldest person to become the 46th president of the USA. The job, reputedly, comes along with the tag of being the most powerful man in the world. Whilst this may be moot, what is not is that the job is an onerous, difficult, and complex one.

Very few of us, whatever our age will ever be able to comprehend the relentless 24/7 responsibility, pressure and stress that comes with this rarefied high office. But despite having first-hand knowledge, from his vantage point of being VP to his good friend Barack Obama, Joe Biden embarked on what he saw as his duty, at a time when he could have been forgiven for taking a less strenuous approach to life.

During both the nomination and presidential campaigns, age and Biden’s ability to cope with both the physical and mental requirements of the job were amplified by many on the campaign trails. With the tag ‘sleepy joe’ becoming standard social media fodder.

Ultimately though the people of both the Democratic party and the USA saw through the hyperbole and focused on the qualities, experience, strength, energy and values that Joe Biden could bring, to what many commentators felt was a fractured country in desperate need of repair.

Reflecting on what I saw from the comfort of the UK, all I can say is, is that I hope, in my 78th year, I have the same level of stamina, clarity of thought, wit and determination he exuded during the long, arduous campaign, criss-crossing the United states as he did. As well as the way he hit the ground running, with gusto, in his first few days as President.

What ‘Sleepy Joe’ has shown is that he is anything but sleepy and the US election itself has rather upended the whole narrative surrounding age because in another historic first, the combined ages of the two protagonists amounted to 152 years.

So, whilst some may have questioned and been concerned about his ‘years’, the overall majority preferred a narrative that was a celebration of what age has to offer. The experience, maturity, calmness in a crisis, leadership, and the bravery that age brings. People may question why I say bravery, but I dare anybody to subject themselves to the level of scrutiny, social media focus and comment that comes on top of having to tackle a myriad of issues, including the pandemic, every single hour of every day.

It is certainly a selfless act of somebody who sees serving the people of the USA and leading the ‘free world’ as a solemn duty.

If anybody is going to be a torch bearer for a positive change to the ageist narrative and an advert for ageing positively then I am pleased to see Joe Biden with the keys to the White House.