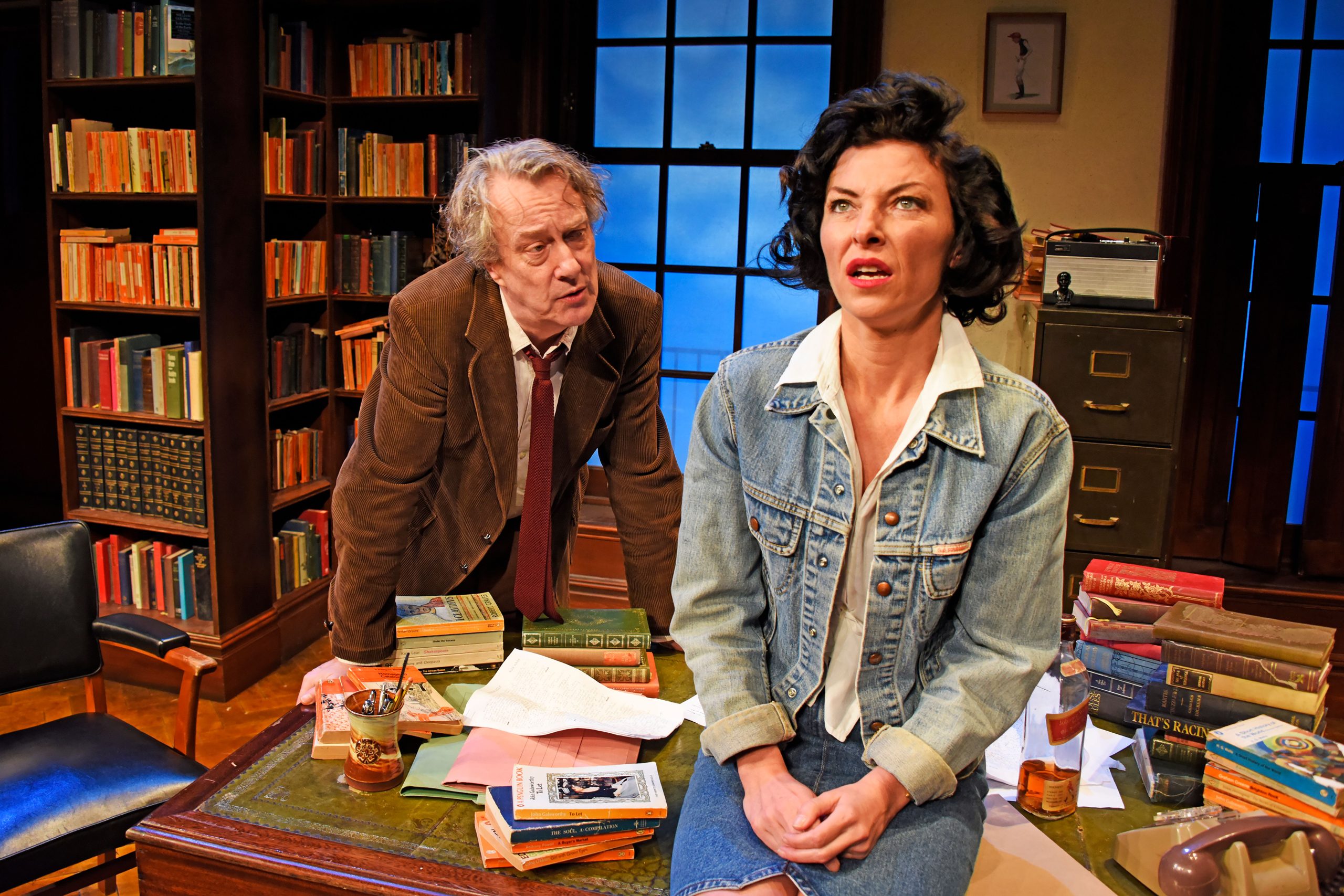 After months of darkness, British theatres are preparing to welcome audiences again. David Jays hears how it feels to return to the stage.

When lockdown came for the theatres, it came quickly. One day, audiences were enjoying shows and booking for future events; the next, the lights went dark and doors were shut. The actor Stephen Tompkinson, star of tv’s Wild at Heart and DCI Banks, remembers it well. ‘We’d just been doing Educating Rita in Blackpool, where I did in most of my schooling, when Boris announced lockdown. The next day, we put the set in storage. Now the Blackpool Grand faces closure, which is heartbreaking.’

That was March, when live performances in Britain were abruptly cancelled. Many theatres have yet to reopen. In July, outdoor performances were given the go-ahead. Events popped up at Glyndebourne, Regent’s Park and at the Minack Theatre in Cornwall, perched heartstoppingly on the ocean’s edge. The Minack already fancied Educating Rita, so leapt on an existing, well-honed production.

Social distancing, a conundrum for most productions, is easier for this Rita. For a start, Willy Russell’s play has just two actors – and while they were touring in the production last year, Tompkinson and his co-star Jessica Johnson became a couple. ‘It’s got its advantages,’ Johnson says of their romantic bubble. ‘I love working with Stephen, and had seen him in a number of plays. We’ve done over 200 shows now, and I feel like I’m always learning from him.’ For his part, Tompkinson says, ‘Jess is an amazing Rita – there’s beautiful chemistry between us and it’s a lovely shared experience.’

Educating Rita, which follows a Liverpudlian hairdresser’s life-changing journey through adult education, premiered in 1980. ‘It’s a universal story,’ Johnson says, ‘about being able to reinvent yourself, at any age. Rita is a hero for so many women.’ Forty years on, Tompkinson believes, ‘it still feels very fresh.’ Russell has authorised a shorter, 90-minute version (no problematic interval jostling). ‘It’s brought another dynamic to it and kept it vibrant,’ Tompkinson considers.

Performing at the clifftop Minack was, says Johnson, ‘an incredible experience. We had standing ovations. There were two downpours. There were dolphins and a seal, and Stephen was upstaged by a rainbow.’ Now, the pair are returning the play to a space with walls and ceilings, at the Rose Theatre in Kingston-upon-Thames. It will be different, even so. No mingling with the audience in the bar once the curtain has come down, for example. ‘I miss the conversation with an audience after a show,’ Johnson sighs. ‘And I’m a very huggy person.’

Another theatre to welcome outdoor audiences this summer was the Watermill near Newbury, a rural idyll complete with duckpond. It moves back inside with small-cast shows including Lone Flyer – Ade Morris’ play about pioneering aviator Amy Johnson. Amy, says director Lucy Betts, ‘was the most extraordinary woman. I can’t get enough of reading about her. The Watermill team had been thinking about what audiences want to experience – and we think people will want to see someone overcoming the odds, no matter what the circumstances.’

When Betts was invited to direct Lone Flyer, she was seriously considering leaving the profession to retrain as a teacher. ‘A lot of people have had that,’ she suggests. ‘Working in theatre is always unpredictable and that’s highlighted in a global pandemic.’ Having survived that low moment, she sounds thrilled to be back at work – ‘it’s been quite a rollercoaster.’

Betts’ rehearsals will follow the new normal. ‘We’ll all be two metres apart, checking temperatures, washing our hands and singing happy birthday. It’s a challenge – but parameters are useful. They make you think: what do you need to tell the story?’ Like Rita, Lone Flyer has just two actors – one plays Amy, one plays everyone else. ‘It lends itself to social distancing.’ And she is sure audiences will embrace the imaginative journey. ‘They are on your side already, which is delightful.

‘It’s been heartbreaking,’ Betts acknowledges about the past months. ‘Every time a venue announces redundancies, it’s felt keenly in the industry. It ripples like a personal heartbreak.’ Despite the severe financial hardship for theatres and theatre workers, and uncertainty about what the future holds, venues are dauntlessly returning to life. A solo show and a panto at the National Theatre; the cheeky musical Six both at the Lowry in Salford and in the West End. Actors are desperate to perform – but they’re not alone in craving theatre’s shared connection. ‘For every performer who wants to get on stage,’ Tompkinson declares, ‘there’s 100 people who want to be in the audience.’ Johnson agrees. ‘This is our cultural heritage,’ she says. ‘It’s so important to keep it alive. We’re just going to keep going until somebody tells us to stop.’

Educating Rita is at the Rose from 28 Oct–14 Nov. rosetheatre.org
Lone Flyer is at the Watermill from 22 Oct–21 Nov. watermill.org.uk