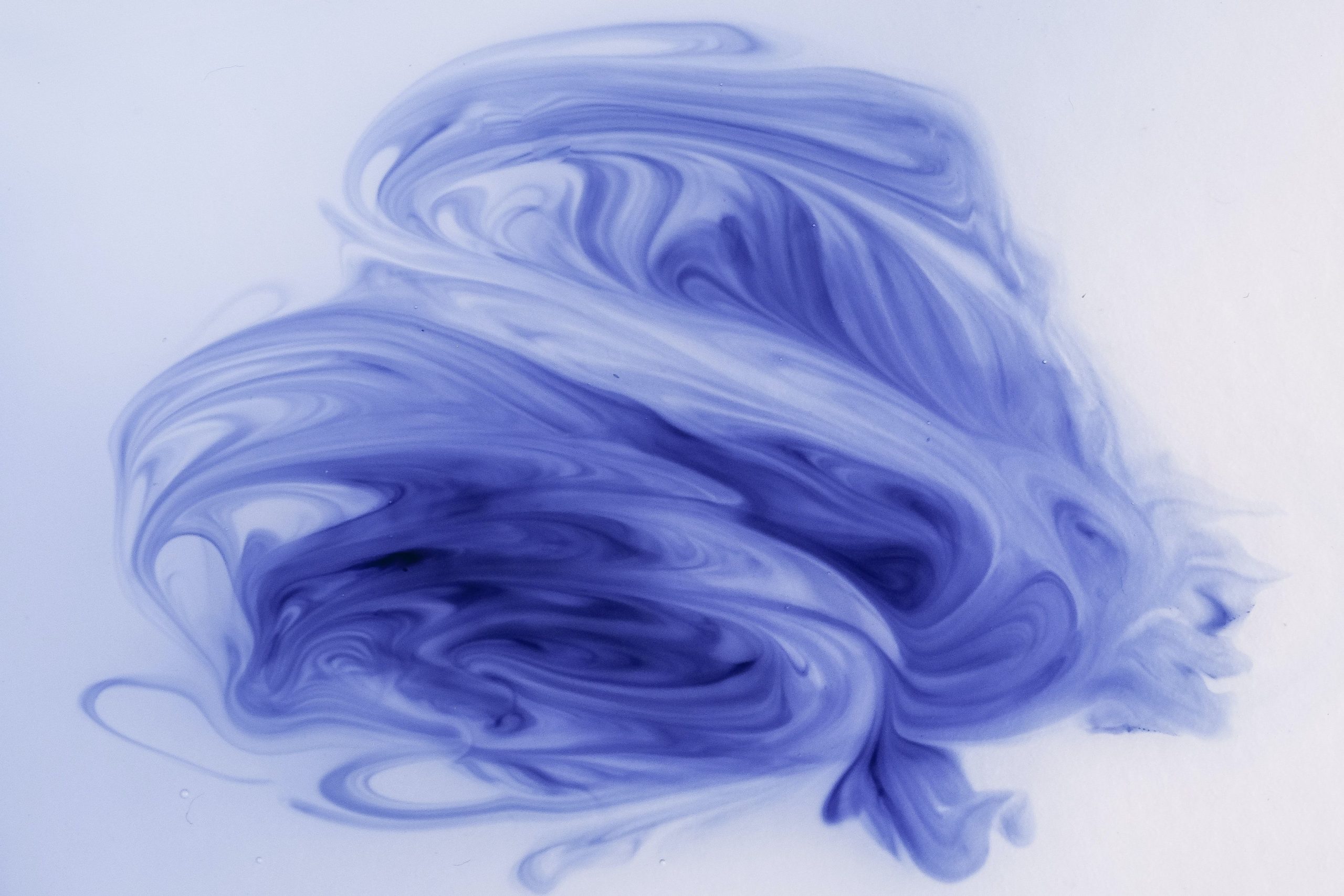 Recently, Peter Berry and I were interviewed for another podcast and I was asked to read an extract from our book “Slow Puncture”.

I have always hated reading out loud, a throwback from miserable school days when teachers would go around the class asking us to read a passage from a book. I was a naturally shy child, with a lisp and an inferiority complex. This latter trait, which started as a small, but sturdy bud, had been cultivated in my infant school and then watered overzealously by my secondary school teachers. By the time I left school, the bud had blossomed into a fruit tree and I could often be found, sitting forlornly in its shadow, waiting for a piece of fruit to descend with Newton-like velocity and splatter across my furrowed brow (Brows are always furrowed in these circumstances, you’ll just have to trust me on that one).

Hence, the biggest legacy my schooling gave me was to leave me with a phobia of reading out loud and a sense that I was a legitimate figure of fun for others to mock.

This phobia has stayed with me for nearly fifty years, a long time to lug a phobia around. I carried it with me, unwillingly to college, and carted it along, angrily to work. What I knew intellectually about my abilities was in direct contrast to my emotional reactions about them. Periodically I shifted the phobia from shoulder to shoulder, but it was always there, my own contemptuous companion.

Part of the problem was my assumption that I was invisible and had so little of worth to say that I would be ignored or talked over. In the interminable work meetings I attended I had to prepare reports and read them to colleagues. This was acutely difficult, and invariably a colleague would ask a question which my report had already covered, reinforcing my notion that no one saw me or listened to me, that my presence was an irrelevance and that I had nothing to say.

So, the whole notion of reading out loud during the podcast had preoccupied me for a couple of weeks. Engrossed as I was in my self-centred world, I had missed another part of the picture. Not only would I be reading a passage of “Slow Puncture”, but Peter would be listening to me read. And, whilst the book is about Peter, one of the consequences for him of living with dementia means he has never read it.

Partly comforted by the fact that Peter had placed implicit trust in me to write his story (and in my defence I had limited my slander of his character to the bare minimum), Peter would hear my words. Yes, of course he would instantly forget them. But, using his ‘living in the moment’ philosophy, I knew that, as he listened to the extract, in that moment, it would move him emotionally in some way. Suddenly there were two separate thoughts with which I had to juggle: my insecurities and Peter’s reactions.

The moment had come. I launched myself into the extract, taking care not to trip over the more complex words. It’s one thing being able to type them with all the benefits of auto-correct and synonyms, it’s another to pronounce them properly. I really must remember never to use the word ‘eschews’ again, because, even as I read it, I knew it sounded like the prelude to a list of ingredients for a wholesome winter hotpot.

But, as I read and realised no one would interrupt, I became more comfortable. I glanced at the laptop and could see Peter, sitting in his living room, listening to me. He was slightly flushed (his wonderful log burner ensures his living room is always warm) but for a moment I wondered if this was his emotional reaction.

I knew that as each sentence was read and received, it would balance momentarily on the top of the precarious pile of memories in Pete’s mind, before toppling off. But it was his reaction in that moment which I was concerned about. Peter didn’t know if what I read was fiction or fact; he didn’t know if I had been creating a scenario to add artistic verisimilitude to an otherwise tedious narrative (verisimilitude – that’s another word I will remind myself never to read out loud) or whether, for example, the description of us sitting in the bakery on that day actually had happened.

Peter once said, “how strange it is to have a memory outside of my head. It’s soon gone but you have it for me always and that’s what’s strange.” This moment was, I believe, a playing out of those words and that scenario.

The tragedy is that by the end of the podcast, all recollection had gone, smothered and then extinguished by the weight of dementia’s blanket. I don’t know if hearing this extract from the book had impacted on Peter at a deep, emotional level. That is something, I fear, that I will never know.

But, from my perspective, I did it – I read out loud. I have no idea how coherent my reading was (and I probably won’t listen to that part of the podcast, my fear being stronger than my vanity) but it did show me that old fears can be cast aside, albeit temporarily. I rather suspect that this particular fear will spring up alongside me, bouncing, like a maniacal Zebedee on speed, destined to be my perpetual companion.

“Yesterday is lost and forgotten,” Peter has said, “but tomorrow shall be mine for a short while. Always looking forward to tomorrow. My yesterdays will now always be my tomorrows”.

And for that moment, for that ‘living in the moment’ which I experienced, perhaps I shared, in a small way, more with Peter than I realised. In that moment, I proved I could succeed at something, that I could conquer a fear. In that same moment, Peter had heard something from his book, had been a part of it and had felt it; our two experiences floated above us and merged in a moment of harmony before going their separate ways once more. Mine to be remembered, Peter’s to be lost.

### TheBoldAge thanks Deb and Peter for permission to print the following extract from their wonderful book ‘Slow Puncture’.

“Here’s a thing,” he says. “I look like a shop front with all sorts of gleaming, wonderful things in the window. Outside my shop, there’s planters with colourful flowers, and a well-maintained pathway leading to the shop. The windows are clean and shiny, and the paintwork freshly applied. It looks like the sort of shop you would want to visit. It’s a great shop full of exciting things to buy and look at.”

Like a surgeon examining his patient, Peter studies his gingerbread man for a moment and then, with great precision, extracts a button from its midriff and pops it into his mouth. His enjoyment is apparent and crystallised for a transient moment, before it is gone forever.

“But in reality,” he continues, “once you go into my mind and start to rummage around, what you get is the rubbish in the back of the store, untidy and messy, full of cobwebs. It really needs someone to sort through it. It’s unusable goods, you see.”

Peter isn’t looking for sympathy; he eschews pity. He is merely trying to explain to me what it is like to be him and to live with dementia. He has no expectation that I tell him it will be all right because, clearly, it will not be and I will not belittle him by meaningless epithets or reassurances.

And so, on this unremarkable day, we sit, Peter and I, two friends in a comfortable bubble of companionship, just being, just living in the moment as he has taught me to do. Apart from thinking about our training for the challenge and discussing where we might cycle to, there is nothing particular to say and it doesn’t really matter. I feel held, contained, knowing Peter will devise a route for the training and that he will look after me and my bike (preferably, but knowing Peter’s love of bikes, not necessarily in that order). I feel safe in Peter’s company.

This moment of serenity is broken when the man at the next table leans over and taps Peter’s arm.

“Peter! Great to see you again.”

“You too, my friend,” replies Peter. His face instantly breaks

into a huge beam.

“Wonderful, perfect. As ever.”

There then follows a lengthy conversation in which Peter participates fully and enthusiastically.

“Who was that?” I ask when the man leaves.

“Do you know what?” says Peter solemnly. “I have absolutely no idea whatsoever.” And, suddenly, even as we both laugh, I see it, there it is, that embryonic moment of sadness, gone before it has time to form fully, hidden away from his audience, to be replaced by a broad grin: Peter the Showman at his best.”