Ageism: My grumpiness has nothing to do with my age 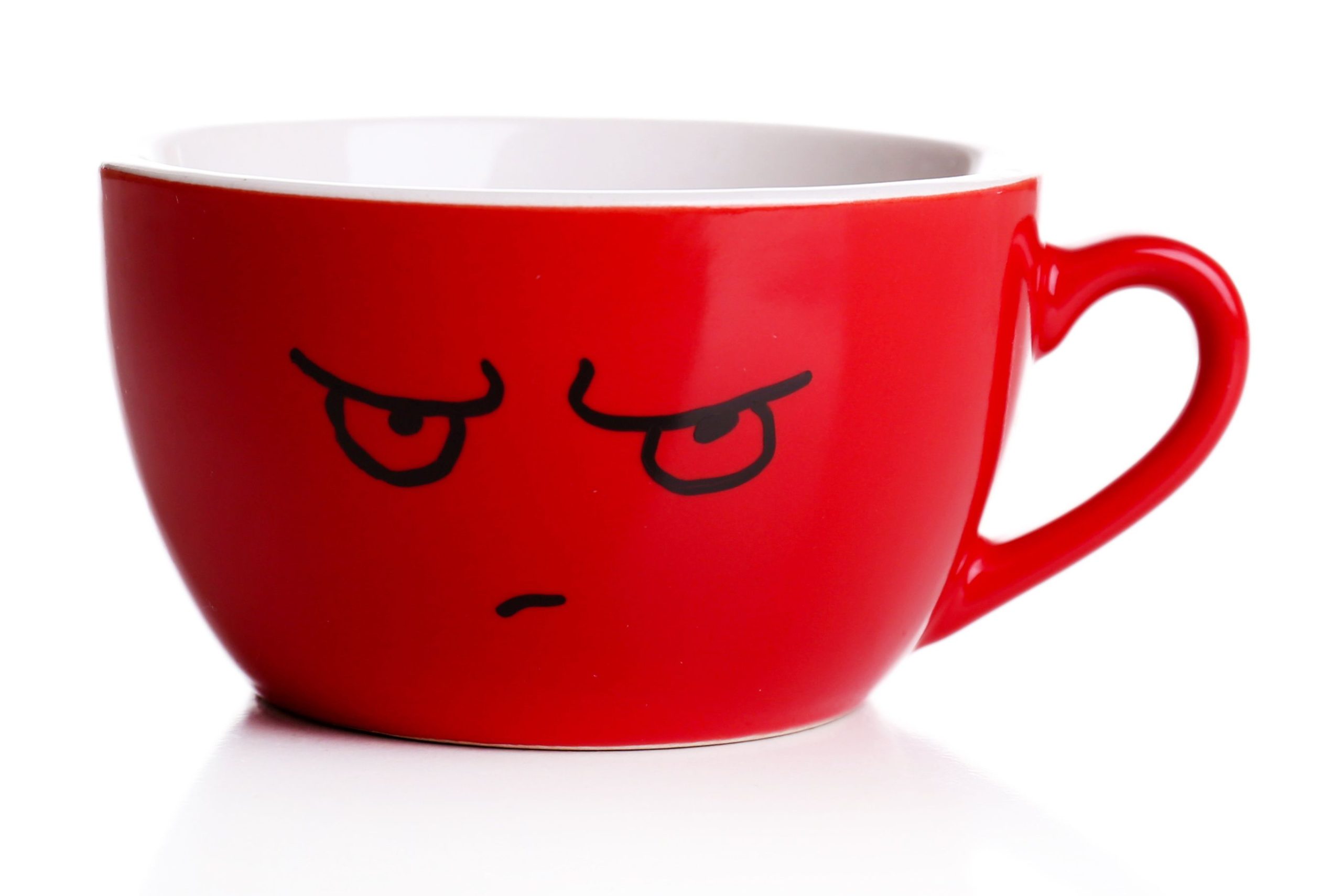 In the first of a series of weekly articles TheBoldAge takes a swipe at ageism and how to start breaking down ageist stereotypes.

I’ll confess, I’ve been opinionated and grumpy all my life. As anybody that knows me will attest to; be that my wife, my children who are now grown-up, friends or colleagues. So, slapping a label on me and calling me a ‘grumpy old man’, is so wide of the mark. My grumpiness has absolutely nothing to do with my chronological age.

I mention this as I’m getting more and more grumpy with the ageist attitudes, language and behaviours that only seem to have been amplified during the Covid-19 pandemic.

Made worse last week, when I was in the self-service checkout queue of my local supermarket and overheard a comment from behind. A murmuring complaint that we were being held up by an ‘old duffer’ who should have known better than to use modern technology. In fact, the elderly guy in question was much more adept at the checking out process than the individual making the comment, or I; as I gleefully pointed out to the young man in question, only to be firmly told not to be a ‘grumpy old man.’ My retort – no I am just grumpy.

There are many hundreds of “-isms” out there which, if we are lucky, will not impact us directly. Racism, sexism, ableism and anti-Semitism are among the more common, and whilst most won’t impact us directly, we can all understand their devastating impact on society. However, ageism is the one “ism” that more than likely will impact us all.

American psychiatrist Robert Neil Butler was the first person to use the term ageism to define the stereotyping and discrimination of individuals or groups based on their age. He saw it as combining three elements:

1.Prejudicial attitudes toward older people, old age and the ageing process
2.Discriminatory practices against older people and
3.Institutional practices and policies that perpetuate those stereotypes

Writing this article, I was reminded of the saying ‘ageing is inevitable but **how** we age is not’ (the emphasis is mine). **How** we age is vitally important because, over the coming decades, we are going to have to work longer and learn new life skills as technology continues to revolutionise the way we live, play and work. We are going to have to remain more active, healthier, and more independent than other generations have done in the past.

So, given that most of us are going to live a long and hopefully fulfilling life, why are we all so intent on perpetuating ageism? In the end isn’t it just some form of masochism or self-flagellation.

Right about now I can hear the brain cogs whirring away and the protestations of “but I’m not ageist, its other people not us,” or “I suffer from it, so he doesn’t mean me.” Well I have news for you all! Most probably many, if not all of us are guilty of being ageist, even if it is done so unwittingly. I too, must hold my hands-up. It’s ingrained and embedded in us from an early age and reinforced throughout our life in language, imagery, policy, humour and behaviours. It is present across all the age groups, including us Boldies.

And it gets further ingrained every time we repeat those excuses for that forgetfulness or clumsiness because of our age.

### Growing faster than the young

According to the U.N., the population aged 65 and over is growing faster than any other demographic. Globally, they estimate there are nearly 1 billion people over 60, which they expect to more than double by 2050. Already, in the UK, people of pension age outnumber those under 16.. What this means for many western economies is that the number of people of working age as a proportion of those who have reached the current pension age, will fall to less than 2, from around 4 today. This ratio, so called the ‘old-age support ratio’ and has a related ratio called the ‘dependency ratio’

Now, hold the front page, I can feel my grumpiness rising again. What a blatantly ageist term that is baked into the language. We should all rise-up and complain bitterly.

### Ageism is baked into words we use

I say it’s an ageist term because so many older people carry on working well beyond the norm, start new businesses, employ people, perform voluntary work, are unpaid carers and provide childcare. We use local services, go to the theatre and cinema (when we could pre-lockdown), and therefore keep people in work. So, who is supporting who, who is dependent on who? For what it’s worth I see it as society supporting society; one for all and all for one as Dumas made famous in The Three Musketeers.

In a recent study, [**Ageist Britain**](https://www.sunlife.co.uk/siteassets/documents/ageist-report-2019.pdf), researchers surveyed 4,000 people and reviewed social media and blogs, on behalf of the financial services firm Sun Life. They found that more than a third of Britons admitted to having discriminated against people because of their age. Furthermore, during their 7-day review of online blogs and tweets they found 2,400 ageist terms.

Language, unthinking or overt, is another issue. Even the word retirement means to withdraw. ‘Looking good for your age’, ‘you can’t teach an old dog new tricks’, and ‘you’ve had a senior moment’ are all examples of ageist language. Phrases which are condescending, diminishing what we have to offer, and develops a sense of double standards and increasing the feeling that less is expected from us Boldies. For instance, how should we look, and why can’t I learn new things.

Throughout our life we are bombarded by language, imagery and stereotypes – just think of those birthday cards, behaviours, practices all of which play to and reinforce the ageist narrative embedding it across all age groups. So much so that it can impact the way older individuals see themselves, their own abilities and as research has found, can also negatively impact their independence and health.

### It’s not just language, policy can also be ageist

Just one example is from the U.K.’s first lockdown and the shielding policy which attacked the liberties of those over 70. Professor Chris Whitty, the U.K.’s Chief Medical Officer, has said the over-60s have a good chance of surviving if infected and the “great majority” of those as old as 80 will recover. In fact many people in their 70s and beyond are as ‘fit as a butcher’s dog’ to borrow a phrase from our current PM. So, would it not be better to focus on comorbidities. For instance, Asthma accounts for some 5.5 million of the UK population and across all age groups.

### Stereotypes are there to be broken

It is incumbent upon all of us, especially us Boldies to help reverse ageism. We should extol the positives of aging, promote role models, call out sensationalism and debunk ageist myths and stereotypes.

Older age does not mean we can’t pick up new technologies. In the last 12 months I have learnt how to use professional level graphic design, photo and podcast editing software and this from a committed technophobe, which had nothing to do with my age. And, My 87-year-old father-in-law uses his computer and iPad to do almost everything.

Just have a think, how many times throughout your life have you misplaced your keys that book or watch? I even misplaced my car at Luton airport, and spent two hours hunting for it; a colleague in his late 20s did the same at Heathrow and had to get security to help him find it. So, why do we describe older people as having that ‘senior moment’ when it’s just about having a ‘human moment’?

When it comes to society as a whole, I can put it no better than Ashton Applewhite, author of ‘This Chair Rocks’ who said, “The mutually advantageous alternative is to see age as an asset.”

We are not ‘old farts’, ‘grumpy old men or women,’ ‘lady or gentleman of a certain age’ We are Boldies.

Join me in this journey through ageism where I’ll delve further into the language, policies, imagery, stereotypes of ageism, and more importantly how we can destroy them.

And remember, to say we are, not we were; and I am not I was.