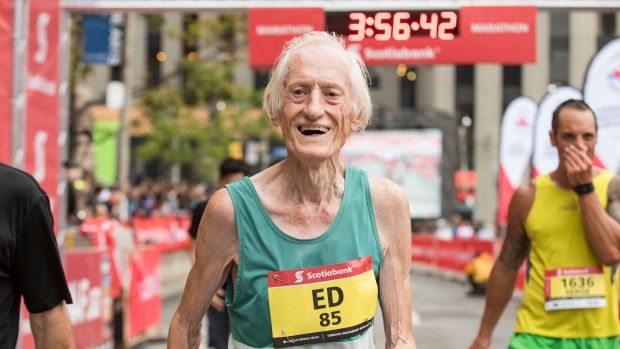 At The**Bold**Age we don’t believe in taking things easy as you age, there’s too many things to enjoy! Here are just a few examples that prove life does not end at 50, As Boldies let’s be positive about our 50s 60s and beyond and positively embrace the ageing process.

**Tony Bennet** became the oldest living artist to top the billboard charts, with his album Duets II. He was a mere 85 years old, having achieved his first number one single when he was just 25. During his career he released over 70 albums.

**Harland Sanders** is better known as Colonel Sanders, the man behind Kentucky Fried Chicken. Before the success of KFC, he held numerous jobs including a petrol station attendant and working on the railways. He franchised KFC when he was 62, and then sold it for US$2 million 12 years later.

Aged 80**, Ed Whitlock** ran a marathon in 3hrs 25mins. That is a good time for someone a quarter of his age, his fastest time was 2hrs 54mins aged 73! His motivation for running is not for good health or mental wellbeing, he told Running Times ‘I run to race!’.

**Sir David Attenborough** has been a broadcaster for over 65 years. He holds the record for the longest career as a television presenter and is still present on our screens today. In 2002 he was named as one of the 100 greatest Britain’s in a poll run by the BBC.

**Charles Betty **is the oldest person to be awarded a PhD by a British University, aged 95. He is now a Doctor of Philosophy having taken five years to complete the course. He did this whilst caring for his wife of 73 years! He now holds two PhD’s, completing his first when aged 75.