Join millions across the UK to share food, have fun and get to know each other better. 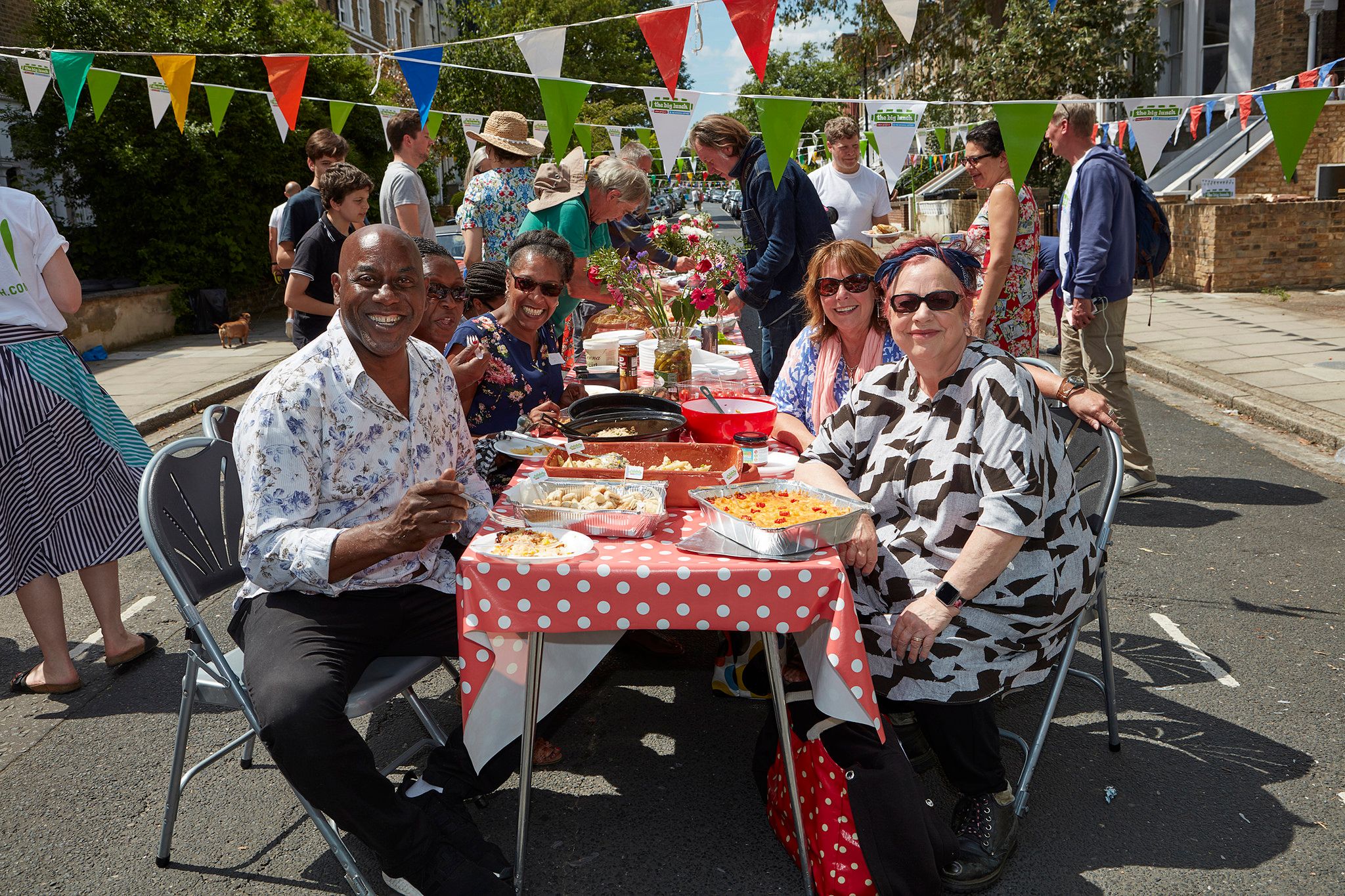 As Boldies, when was the last time you stopped for a natter with your neighbours? Loneliness can be a real issue for any generation.

With the advent of digital deliveries and messenger apps, the idea of popping next door for a cup of sugar seems pretty old fashioned, but a new survey has found that one in five of us don’t feel we could call on anyone in our neighbourhood if we needed help.

Research by The Big Lunch, which polled 4,000 people, found that a fifth of us have never spoken to our neighbours, while almost three quarters wouldn’t introduce themselves to someone new who had just moved in next door. The full report can be found here

It’s an issue comedian Jo Brand is passionate about tackling. last year, she partnered with The Big Lunch to encourage people across the UK to host their own neighbourhood get-togethers.

Every June, and 2020 will be no different, the initiative encourages people to spend a few hours sharing food and friendship with their neighbours, celebrating community spirit right across the nation. Last year over 6 million people took part. As Boldies lets join this brilliant idea and host a Big Lunch in our local community and get to know our neighbours.

Why don’t you send us some interesting stories of the events you organise and even publicise your Big Lunch event with us. Send to here

Brand, who knows all of her neighbours, says she feels “saddened” by the fact so many of us are isolated from those living closest to us. “At a time when the country feels so divided and disconnected, it seems more important than ever to come together and remember the importance of community spirit,” she says.

“It’s really important to get to know your neighbours. Say you have an emergency and your nearest friend or relative is half an hour away, it’s always reassuring to be able to think you can knock on a neighbour’s door,” she adds.

“Getting community issues like crime, litter and parking resolved is so much more effective if people who are neighbours all club together, rather than individually assaulting the council.

“Being able to keep an eye on a neighbour who might be not well or need you to drop off a pint of milk, is something that you need to do face-to-face. That can’t be done by your online yoga Facebook group – it’s the physical, geographical proximity which is important.”

Be Bold – Here are Brand’s top tips for getting to know your whole hallway, street or village…

## Drop a card through the door
“Knocking on the door and saying a polite, ‘Hello’ is one of the best ways to break the ice with your neighbours, but if you’re a shy person, pop a little card through the neighbour’s door saying, ‘Hi, I’ve just moved downstairs, do you fancy saying hello sometime?’”

## Be sensible
“It’s quite daunting to introduce yourself to strangers. You might not want to knock on the door of your neighbour who looks like a 27 stone wrestler. So I would say it’s important to be sensible about it.”

## Time it right
“If you see them coming or going in the hall, just say a friendly, ‘Hello’ to break the ice.”

## Don’t expect everyone to want to be close pals
“There may be times when you introduce yourself and you don’t get the best response, as not everyone is a Disney character – but at least you’ve taken the chance.”

## A gift isn’t always essential
“It’s a lovely idea, but then again, just bear in mind a bit of caution if you don’t know your neighbours very well. A bunch of flowers is nice, but it’s not essential.”

## Start small
“Big get togethers like street parties are very daunting. If you want to close off your street you have to tackle your local council for permission, and let’s face it, that’s like being in a labyrinth of pain.

“Start small and knock on a couple of your neighbours’ doors and ask them to go for lunch together. Once you start to get to know them, it might turn out that someone knows someone from the council, and it becomes much easier to arrange that kind of thing. Street events are also much more fun to do if you organise them as a group!”

## Let them know you’re available
“When you initially introduce yourself, just let your neighbours know you’re there if there’s ever an emergency. You don’t need to say, ‘I’ve got tickets to the theatre’ or, ‘What do you think about a weekend in Clacton together?’

“Most neighbours don’t want you to be rammed down their throat – they just want to know who you are and that you’re around if there is an emergency. But it’s a massive bonus if you think they’re lovely and you become mates.”

## Boldie Links:
– The Big Lunch will take place June 6-7. To find out how to get involved visit https://www.edenprojectcommunities.com/thebiglunchhomepage