Fauja Singh – the first centenarian to run a marathon. 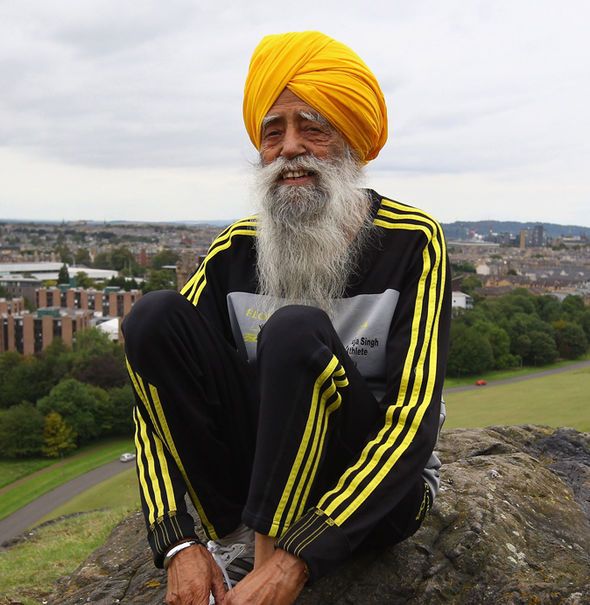 A book has recently been released by [Simran Jeet Singh](https://twitter.com/SikhProf), called “Fauja Singh Keeps Going — A true story of the oldest person to ever run a marathon” and covers the inspirational story of Fauja Singh who started running at the age of 81. The author saw that there were no storybooks or children’s books with turbaned superheroes and so wrote this to remedy that. Not only does Fauja Singh’s story resonate with the Sikh community but he’s also an inspiration for the Boldie community too, breaking inter-generational ground, tackling ageism as well as racism. What a man!!

He was born on the 1st of April, 1911 and has returned to India, to the village of Beas Pind in the Punjab after living in London. He was the first person at the age of 100 to complete the Toronto waterfront Marathon, in 2011.

His current personal best time for the London Marathon in 2003 which he did in 6 hours and 2 minutes which his record is 5 hours and 40 minutes at the 2003 Toronto Waterfront Marathon.