BoldOpinion: Should assisted dying be legalised ? 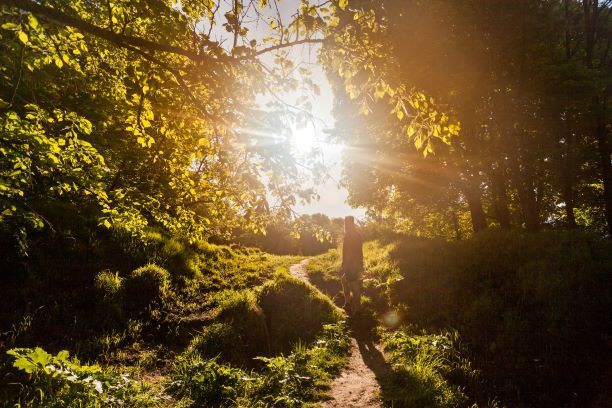 From the outset, let me say that I know not everyone will agree with my thoughts on what is a very difficult subject and I appreciate that there is no easy answer. However, I believe that it is something that should be regularly debated, and it is something that I have a strong opinion on.

I have such a strong opinion because in February 2012 my life was turned upside down. I had a small mole on my back that had been itchy for a few months, and like a lot of men hadn’t got round to doing anything about it. Eventually I visited my GP to have it checked. He had a look, told me there was nothing to worry about, and said that he would remove it and send it off for testing as that was the procedure. A few days later, whilst driving across the country to a meeting, I received a phone call from the GP practice, informing me that I was required to see the GP as soon as possible. I was told that waiting a few days wasn’t an option, so I turned the car around and headed back. Obviously being summoned so quickly suggested there was going to be some bad news. The mole that was nothing to worry about, was actually cancerous and I needed to attend Addenbrookes Hospital for further tests. Those tests showed that I had Stage IV Multiple Metastatic Melanoma.

As a result of the diagnosis, I had multiple surgeries and the prognosis was poor, ‘a year to live’ was discussed. At this stage I was 38 years old with two young boys, the hardest thing I have ever had to do in my life is tell a 9-year-old that you are seriously ill and could die. However, after receiving oral chemotherapy, I was lucky enough to receive a course of Immunotherapy. This lasted for eleven months until the side effects became intolerable. That treatment has meant that since 2016 the disease has been stable, and I am able to enjoy my life with no limitations. However, this is unlikely to last forever and at some stage the disease is likely to spread, as a result I have given thought to how I would like to die and discussed this with numerous Health Care Professionals (HCPs). As a society I don’t think we are very good at talking about ‘death and dying’ and from my experience HCPs are no different. The ‘normal pathway’ is to take lots of drugs so that you are pain free and then wait to die in a hospice or at home, hopefully surrounded by your close family.

This is not what I want. I personally believe that quality of life is far more important than quantity of life. I have no desire for my children (even if they are now practically adults), to see me waste away in bed, that is not how I want to be remembered. Which brings us on to the subject of assisted dying.

In England, Wales and Northern Ireland, assisting a suicide is a crime. Those convicted could face up to 14 years in prison. As a result, people such as myself who want to control when and how they die have very limited and unsatisfactory choices. One choice is to travel abroad, somewhere like Dignitas, or you must take your own life. Dignitas can be a very expensive option despite it being a not-for-profit organisation. Committing suicide at home, or anywhere else, carries huge risks and can have an equally large impact on other people. There are numerous articles, books and videos explaining how to commit suicide, I know, I have looked. That doesn’t mean that it can’t go wrong. People have died a very painful and gruesome death when things didn’t go as planned. It also has a huge impact on the person that finds you, they must live with that for the rest of their lives, that I think is unfair. The other option is to seek the help of a family member or close friend. This puts them in a virtually impossible position because if they do help, the possibility, is that they could be prosecuted and receive up to 14 years in prison. These options mean that people have to take action potentially sooner than they would like. They must be healthy enough, both mentally and physically to be able to carry out the task and as a result may deprive their friends and family, as well as themselves, of precious time together.

As an adult of sound mind, I find it remarkable that I have virtually no control of when and how I will die. Why should someone else hold the power and authority to tell me that the pain and suffering, both mental and physical must go on. If a beloved pet had an incurable disease, and a poor quality of life, you would not pump it full of painkillers and wait until it eventually died at home. You would take it to the vets, and probably with a tear in your eye, you would have it put down, because you knew that was the right thing to do and in the best interests of your pet. It seems bizarre that my pet dog’s final days could be potentially so much better than mine.

Living with a terminal illness is tough, and obviously you have some good, some bad and some very bad days. I have had days when the pain feels like it is too much to bare, and you just want to curl up and die. That feeling is not the same as wanting to end your life there and then, it passes. What I believe is important, is that I feel comfortable that there is a plan for my final days, and I agree with that plan. I have had an input, my wishes have been listened to and there is an agreed pathway. When times get really hard, I think this is invaluable. When I first received my diagnosis, one of the first things I did was to visit my local funeral directors. I not only paid for the funeral, I planned it all, and I chose the colour of my coffin. Who knew you can have it any colour you like! (mine will be blue). At the time, I felt it was important that these details were all planned well ahead of time and it provided comfort to me.

The Assisted Dying Bill appears before parliament on a reasonably regular basis, but I always wonder how many of these MPs and Senior Doctors that get to vote or pass judgement, have received a diagnosis of a life limiting illness themselves? It is very easy to have an opinion and take the allegedly high moral ground when you are talking about other people, it is very different when you are faced with that situation yourself or with a close family member, it changes your perspective. Obviously there would need to be safeguards written into law, but if a person is of sound mind and terminally ill, why should they not be able to control how and when they die. It would not be something that could just be decided upon, a quick decision, there would need to be a process to follow.

The individual should be able to discuss their wishes with their family and friends. Their care team, their GP, etc. Their opinion and wishes should be valued above that of any MP or clinician. It is their life, they should be able to live it, and end it on their terms. An Assisted Dying Law is not impossible, other countries have implemented one, or something similar. Euthanasia is legal in Belgium, Canada, Colombia, Luxembourg and the Netherlands. Euthanasia is defined as the act of intentionally ending a life to relieve suffering – for example, a lethal injection administered by a doctor. Assisted suicide is permitted in Switzerland and several US states and is defined as intentionally helping another person to kill themselves is known as assisted suicide.

There are numerous organisations who are working to try and get the law changed. Amongst them, The Assisted Dying Coalition who are working in favour of legal recognition of the right to die, for individuals who have a clear and settled wish to end their life and who are terminally ill or facing incurable suffering. Also Dignity In Dying have a very informative website.

I personally hope to see the law changed before I have to make such difficult decisions, quality over quantity is my plan